Mrs. Skalicky was my 3rd grade teacher. She alone has stood out in my six years of elementary school. These are the things that you need to know about Judy Skalicky.

As you can probably see from my list, Mrs. Skalicky was no ordinary teacher. She has left an amazing mark on everyone she taught.

How did you decide to become a teacher?
I had a sixth grade teacher who was an inspiration to me. She was one of the first people who actually took time to learn about me. I was one of five girls in my family—sometimes you knew us by name; sometimes by birth order. She really took time to learn who I was and connect with me. That was powerful. From sixth grade on, I wanted to be a teacher.

Did you do things as a kid to start working toward that goal?
I babysat a lot. I played with kids a lot in recreation department programs. I took courses that would lead to a college track. Along the way, I got married, had babies, and stayed home to raise them. I still always wanted to be a teacher. So when my kids were in junior high, I went back to school and got my degree.

You taught third grade your entire 26 year career. Why did you like third?
I got to kick kids out of the nest. They’re so protected coming up from kindergarten through second. In third, all of a sudden, they realize they’ve got wings, and realize they can fly. I got to say, go! I believe in you. Even before you believed in you. Because I knew you could do it.

You’re the only teacher I’ve ever had who did cartwheels in class. How did that start?
I always did cartwheels. I was a cheerleader in high school and college. I used to do them on the playground, and then one day I did it in class. But I didn’t just do them—there was always a goal: good behavior on a field trip, or everyone turning in a paper. They had to earn it.

Why do you hate orange and love green so much?
Maybe because in the era I was setting up a house, there was a lot of that paprika color, and lime green. The carpet was orange, knickknacks were orange—everything! I was just done with orange.

But why did you tell your students about it? Most teachers don’t do that.
In a way it was a conscious thing. It allowed kids to react to what I was saying. If I said I didn’t like orange, you could say “I hate it too,” or, “Oh, I like it.” And it was a neutral thing, a safe area. It wasn’t something personal to you. If I had said a certain political party, or faith, that would be too personal. But a color is easy. Or a candy bar.

Speaking of candy bars, I remember when I was in third grade, the kids gave you like 800 Snickers bars after Halloween! My friends and I were all trading for Snickers, just so we could give them to you! Did you really eat them all?
Most of them! Sometimes, I brought some to the teachers’ lounge. When I visited school recently, I dumped two bags of Snickers into a bowl, and the teachers said, “She’s here!” It was another way to relate to the kids—wanting candy, loving candy, not being afraid to ooh and ahh.

Now that you’re retired, you can tell us: did you have favorite students?
Yes! Harvey Schmidlap and Bertha Habernacker. They were with me from my very first year of teaching—always had lockers and desks in the back of the room. But I never had to correct a paper, and they never came late.

They didn’t come at all!
That’s right! But I kept waiting. One year, the yearbook editor spent hours looking for class photos of Harvey and Bertha. Finally, someone in the office realized what she was doing and told her the truth. That year, at the bottom of our class photo, the yearbook staff wrote, “Missing: Harvey Schmidlap and Bertha Habernacker.”

What advice do you have for kids who want to become teachers?
You better love what you’re doing. It’s too hard otherwise, and the kids will know it.

What do you think is great?
Empathy. You have to be able to put yourself in the other person’s shoes. Understand where they’re coming from. If a kid is yelling and screaming, chances are, there’s a story and behind it, and you better find out what’s going on. Make your motives bigger than you are. Make your dreams big. We are one small piece in this amazing world, but we all own a part of it. We need to make it into the best world we can make it, and never stop looking for that—even if it’s simply putting a smile on someone’s face. Just keep at it. 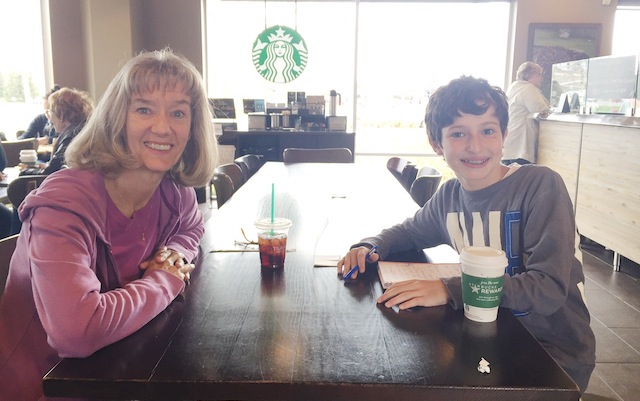 2 thoughts on “The Greatest Teachers Do Cartwheels in Class”